Marco Polo was born in 1254 in the Venetian Republic. The city of Venice, Italy was at the center of the
Venetian Republic. When he was 17 years old, he went to China with his father, Niccolo, and his uncle, Maffeo.
Pope Gregory X sent them to visit Kublai Khan, the emperor of China. Kublai Khan liked Marco Polo. He
enjoyed Marco Polo’s stories about many lands. Kublai Khan gave Marco Polo a job. He sent Polo on
diplomatic missions. He also made him governor of Yangzhou, an important trading city.
When Marco Polo went back to the Venetian Republic, he talked about his life in China. Few believed
his stories. In 1298, he went to jail during a war between Venice and Genoa. While he was a prisoner in jail, he
dictated his stories about China to another man in jail. The man wrote down the stories. The stories became the
book, “The Travels of Marco Polo.” Each chapter of the book covers a specific region of China. Each chapter is
about the military, farming, religion, and culture of a certain area. The book was translated into many
languages.
Marco Polo got out of jail in 1299. He went back to Venice to join his father and uncle. He became very
rich. In 1300 he got married, and he and his wife had three children. Marco Polo died in 1324. He was almost
70 years old. 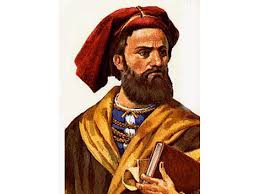