Born in Columbia in 1997, Shakira Isabel Mebarak Ripoll, displayed a prodigious musical talent from an early age. Her father encouraged her to write and create song lyrics. Even by the age of 7 she showed remarkable talent in both singing and dancing. It was in her grandmother's Lebanese restaurant where she learnt and developed dancing routines. Although born in Columbia her father was Lebanese.
As a child her voice was very powerful and some criticised it for being 'too powerful' But, Shakira caught the eye of music producers and she started recording her own albums.
In 1995, she released Pies Descalzos', which gained her much popularity in Latin America and Spain
Her 1998 album Dónde Están Los Ladrones? was very influential and moved her from a local star to a global fan base and international appeal. By the early 2000s, she had broken into the market for English speaking music. She learnt English and wrote and recorded her own songs, producing albums in both Spanish and English. 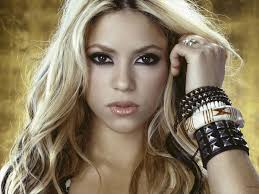 She has set numerous records for her albums, downloads and has become easily the best selling Colombian artist of all time.
As well as music, she is involved in humanitarian projects, especially in her native Columbia which is struggling to recover from long periods of civil war. Shakira has offered money for her educational charities (Bare Feet Foundation, named after her first hit album), but, equally important she has offered her public presence which often galvanises politicians into promising to do more. When asked why she spends considerable time on humanitarian projects she replied that she felt it was important after having grown up in a developing country and being aware of the huge gap between rich and poor.
She is one of the top 5 best selling artists of the 2000s.
Posted by ingilizce ödev yardımcısı on Aralık 29, 2013