I wasn’t at school yesterday. I was at home with
my family. I had the flu. Now, I’m really fine. I had an ordinary
day with my family. I got up late. I had a big breakfast. I went
shopping with my mum. I bought some clothes. I cleaned my
room and listened to music. It was an ordinary day, but I
learnt an interesting thing. I would like to share this interesting
situation. Yesterday, I watched TV all day long. My dad came
at 8 p.m. We had dinner. Then we started to watch TV
together. He changed channels many times. At the end, he
decided to watch a documentary film. At the beginning I
wasn’t interested in the programme. But later I was interested
in it. The presenter said “This is Fatima, 15 year-old student
from a poor farming family in Bangladesh. A year ago,
Fatima almost left the school, but with the help of her best
friends, Riya and Sumi, she returned to school. I became
curious about her. Fatima started telling her story: “My family
found a good match for me. I did not want to get married
and I did not want to leave my school. I am young. My father
is a farmer. He lost his crops in a flood last month. We
became poorer. We don’t have enough money. I have two
brothers.”. 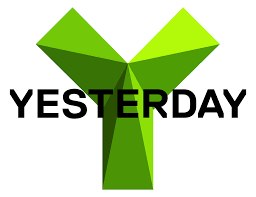