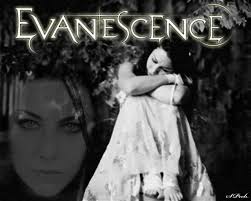 Amy Lee – Evanescence
Biography
Amy Lynn Lee was born on October 13, 1981, in the city of Los Angeles, California.
Amy has a brother and two sisters. Still in the school it was president of the advice of corals and it participated in a drama where interpreted a great number of papers. Your family moved for several places, including the states of Illinois, Kansas and Florida, but finally they settled in Little Rock, Arkansas, where Evanescence began. She was formed in 2000 in Pulaski Academy, and it also frequented Middle Tennessee State University.
It suffered a great trauma of the childhood with your three year-old sister’s death. The songs ” Hello ” (of Fallen) and ” Like You ” (The Open Door) they approach this theme.
Amy Lee founded the band Evanescence with Ben Moody when they met each other in a camp for young. Ben met Amy while she played “I’d Of Anything it goes Love” of Meat Loaf in the piano, in a camp for youths and it convinced her to form an own band. This marked the beginning of Evanescence.
The main musical influences are Björk, Tori Amos, Korn, Soundgarden, Portishead and Sing and Nine Inch Nails.
She had a public relationship with Shaun Morgan, vocalist and guitarist of Seether, in a relationship that lasted from 2003 to 2005. She revealed the whole drama of the relationship in the hit Call Me When You’re Sober of Evanescence.
In May of 2007, she married your therapist, Josh Hartzler. They traveled to Bahamas as honeymoon.
Recently, in an interview a program of TV, Amy revealed that she is not Gothic, as many find. She revealed although it doesn’t intend to follow career soil, since she takes place fully with Evanescence
Albums
· 2000 – ORIGIN
· 2003 – FALLEN
· 2004 – Anywhere but Home (CD + DVD)
· 2006 – The Open Door
Singles more famous
· Bring Me to Life
· My immortal
· Going Under
· Everybody Fool
· Tourniquet
· Missing
· Call Me When You’re Sober
· Lithium
Posted by ingilizce ödev yardımcısı on Aralık 07, 2013