During the last school holidays. I often went out for walks in the evenings, and the beach was one of my favourite choices. It was there that I met an interesting person.

He was sitting under a coconut tree where a fishing boat was moored. His gaze was fixed on something far away, something as far, perhaps, as the horizon. He was hardly aware of my approach. But, as I halted my steps, about two metres away from him, he turned and greeted me with a toothless smile. He looked sun-tanned and wrinkled. I guessed he must be in his early 70s'. But he was cheerful and friendly as I talked to him. 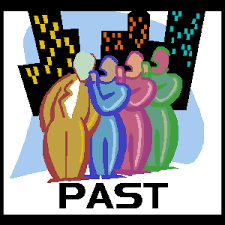 During the course of our conversation, he unfolded certain parts of his personal history to me. He had been a fisherman all his life. In fact, he started learning the trade ever since he was a young boy of thirteen when he helped his father to earn a living. It had been a very tough life at sea, getting up as early as two or three in the morning to go out fishing.
Then, with a twinkle in his eyes, he began to relate to me some of his adventures at sea. Once, during a storm, his boat was wrecked and smashed up but he was finally rescued by a passing boat after clinging to a piece of plank for one day and one night. Next, came his encounter with a hungry shark in the rough sea. He had been tossed into the water from his boat but he managed to escape from its jaws when a friend in another fishing boat helped him out of the water in time.
Here was a humble man who had come through life with a smile in spite of its many dangers and hardships.
Posted by ingilizce ödev yardımcısı on Kasım 13, 2013